The Common Good: Good for Whom? A Look At Public Institutions And Ideas In A Divided World

Who speaks for and protects the public interest?

Few of our institutions appear to be fit for purpose. For example, as shown over the last three years by the Australian Leadership Index, although some institutions are held in especially low esteem, such as government, few institutions are regarded positively. Notable exceptions are charities and public sector institutions, such as hospitals and schools, that expressly serve the public interest.

I hasten to add that it’s important not to catastrophise about the state of the public interest. For example, despite Australians’ misgivings about government, it is also true that Australia is richly endowed with a raft of government-funded public services that provide Australians with a very high quality of life, by international standards.

As noted by Ian McAuley and Miriam Lyons in their study of government and the public good, we drive on public roads and use public transport. Whether we send our children to a private or state school, much of its funding comes from government. We use publicly funded health services. We benefit from the regulatory services that underpin our confidence that the food we buy is safe to consume. When we buy a house, we rely on government agencies to confirm that our title is secure. In disasters, emergency services invariably come to our aid.

However, it’s equally important not to be complacent about the public interest. Institutionally, there is a marked loss of faith in the integrity of institutions and a widespread sense that those who lead them are more concerned with the pursuit of material self-interest than the wider public interest. This loss of faith in institutional integrity is particularly striking with respect to government, which has been corrosive to the institutional foundations of democracy.

Socially and culturally, to pick but one example, Australia’s reckoning with its past is a work in progress and reconciliation efforts still have a long way to go. Ecologically, and globally, society’s activities have pushed climate change, biodiversity loss, and land use beyond safe planetary boundaries. As noted by the Council for the Human Future, we now face a host of interlocking megathreats, such as climate change, eco-breakdown and extinction, resource scarcity, global poisoning, and pandemic disease, that raise questions of survival, not merely of presently thriving or flourishing.

Too often, we take common pool resources and public goods for granted and only think about them when they break down or collapse. For decades now, terms like the “common good” and its synonyms, the “public good” and “greater good” have scarcely entered the national discourse, and where they have been used, it is mostly in the context of crisis and disaster.

How should we think about the common good?

Despite all that has been written on the topic, the precise meaning of the common good remains elusive. Although the concept seems familiar and commonplace, it is difficult to define or articulate in a precise or comprehensive way. As observed by the philosopher Hans Sluga, the diverse conceptions of the good—such as justice, liberty, or security, to name but three—and the variety of tribal, local, national, and global communities for which the good is sought militates against the identification of a single, determinate good.

Consistent with this, the common good, and especially the search for the good, presents a host of dilemmas, tensions, and paradoxes that must be apprehended and addressed if we are to find common ground, discover shared interests, and imagine a common future.

Thus, the common good is neither simple nor obvious, but rather complex, multidimensional, and paradoxical. Construed in this way, the common good is better understood as an umbrella term for several uneasily interlocking conditions, principles, processes, and systems that underpin survival and flourishing.

In the context of business, for example, leadership for the common good may resemble what researchers Thomas Maak and Nicola Pless have called the “extended stakeholder” view of responsible leadership, which calls on business leaders to demonstrate a strong focus on the external community and embark on actions to develop the community around the business. This, however, is neither simple nor straightforward, requiring business leaders and their organisations to grapple with social and commercial logics, which often pull in different directions. This tension between institutional logics is something that even the most dedicated social enterprises struggle with.

In the context of government and the public sector, leadership for the good may resemble what authors Stephen Brookes and Keith Grint call “public leadership,” which is a form of collective leadership that seeks to promote, influence, and deliver improved public value, a useful, if somewhat fuzzy, concept that is related to the common good.

Finally, in what professors Barbara Crosby and John Bryson call “shared power” contexts, in which no single institution or set of institutions is “in charge,” leadership must be enacted across several interlocking levels using a raft of different leadership practices. In these contexts, leadership for the good is, by necessity, a collective effort that must be shared among diverse actors, groups, and institutions. This is especially the case in the context of complex social challenges in which people, groups, and institutions are deeply stuck, not least because of profoundly different worldviews about the nature of these challenges and how to address them.

This insight has particular relevance to the search for the common good today, where we are learning, once again, of the distinct contours of libertarian, liberal, conservative, neo-Marxist, and postmodern conceptions of and social arrangements for the good. So much for the end of history, as Francis Fukuyama famously put it.

This is the world of what researchers David Snowden and Mary Boone term “complex contexts,” characterised by flux and unpredictability, competing ideas, and unknown unknowns. These contexts call on leaders to create environments and experiments that allow instructive patterns and new understandings to emerge. In these contexts, the line between leadership and what Adam Kahane calls “transformative facilitation” begins to blur.

Importantly, these shared power contexts call on all stakeholders involved in the problem to hold their worldviews and preferred diagnoses, prognoses, and treatments a little more lightly, and, better, to suspend them, as if from a string, for dispassionate contemplation. The corollary of this is the injunction to eschew what Grint terms “elegant solutions” and to instead embrace what Marco Verweij and Michael Thompson have termed “clumsy solutions,” which better reflect the messy reality of the search for the common good in divided times.

Kahane, A. (2021). Facilitating breakthrough: How to remove obstacles, bridge differences, and move forward together. Berrett-Koehler. 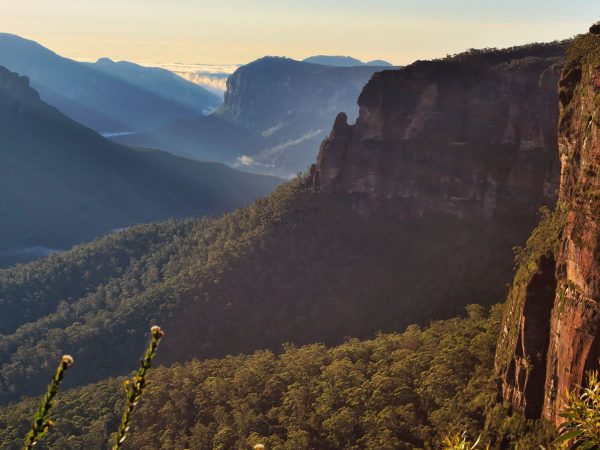 Leadership for the greater good: A national conversation about leadership in Australia

After a reversal of trends in 2020, which saw an improvement in perceptions of leadership, leadership perceptions declined throughout 2021. Responsible leadership in times of constant change: The role of psychological safety

The flexibility that remote work affords is invaluable, but the blending sometimes feels like work is constant and omnipresent. Employees are likely to feel more vulnerable in this always-on culture, one of constant change and adaptation. 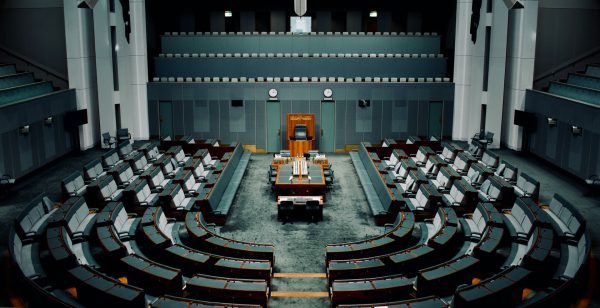 For the good of all or self-serving? Five charts on how Australians view the public integrity of federal government, 2018-2021

The issue of public integrity has become increasingly prominent in recent years. In this report, we analyse public perceptions and expectations of federal government integrity from October 2018 to December 2021, focusing on public perceptions of federal government leadership for the public good, ethics and morality, transparency, and accountability.